Climbers usually travel to climb. And great climbers like Will Gadd travel to do great climbs. But this time things were different, although it started as it always does. A demanding route on a major mountain, an icy line climbed in 1978 by Messner and then forgotten. For someone who loves ice climbing, this is enough: The spark of curiosity is ignited. The machinery of logistics starts up and everything goes smoothly; there's even a previous successful climb of Kilimanjaro's simpler normal route by the Canadian climber and mountain guide.

In 2014 Will Gadd reached the crater of the volcano and took some extraordinary photos of climbing on fin-like pinnacles, curious ice structures formed by the combination of altitude (almost 6,000 metres) and strong sunlight (we're talking about the equator, after all).

Six years later, in February 2020, everything is ready for a return to Africa. But once on site, and after several days of trekking to gain height above the African savanna, Will realises the mountain in front of him isn't the same one he knew years ago. The ice conditions are unrecognisable, the route climbed by Messner has practically disappeared. The disappointment leads first to a desire to go and see the vast glacier at the summit, and then to a need to tell the world what's happening up here on the roof of Africa. 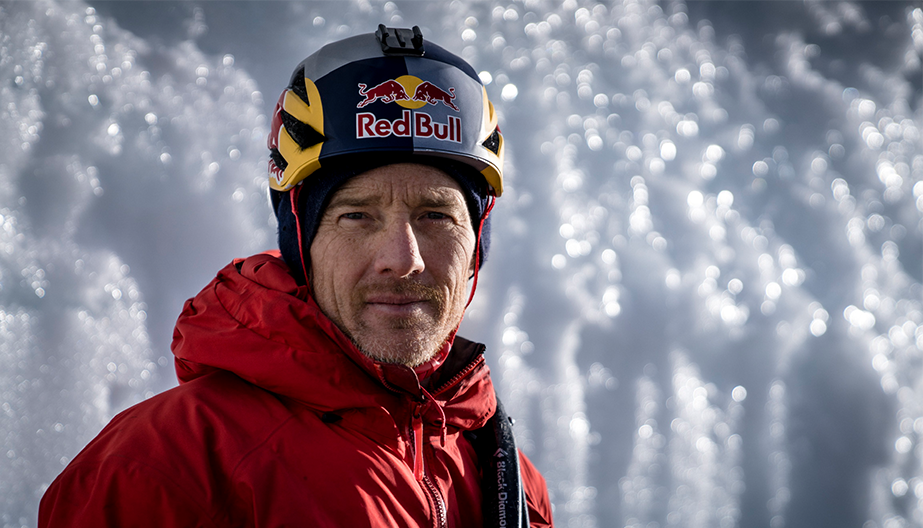 Will Gadd, tell us who you are, because here in Europe we only get occasional news about your more extreme climbs.
"Mountains are my home, and have been my whole life. I grew up climbing with my parents, then I got into kayaking, potholing, paragliding and skiing. I've invested a lot of time and energy in each of these, year after year. I've been an instructor and a sponsored kayaker, and I've twice broken the distance record in paragliding. I'd say I've been completely immersed in these sports, and I've always given them 100%, as I'm totally passionate about them
I've spent most of every winter climbing on ice, since it's very cold here in Canada. I've also competed in sports climbing, winning some Canadian competitions and doing well in a few international events. Apart from that I'm a mountain guide, a writer and father to two children who have inherited my love for the mountains. My partner's an athlete and mountain guide too; so my life is definitely surrounded by mountains!

You found the Kilimanjaro glacier unrecognisable compared to 2014. What's happened?
"The glacier has dramatically reduced in size! That's what you can see, but it's not all. You could say the mountains are far less stable than they were. The ice on Kilimanjaro acted as a bond attaching the rocks to the mountain, and now it's melting, there are many more rock falls of all sizes. The same thing's happening in the Alps, in the Canadian Rockies, the Himalayas - everywhere, in fact. What I mean is that it's not just the surface ice we can see, but also the underground ice, known as permafrost. As the glaciers melt, the permafrost melts too, causing landslides and rock falls. And it's not only rocks: the glaciers themselves become unstable, since they often have a lot of meltwater running underneath.


Do you think climate change is making most of the world's ice routes more difficult?
​​​​​​​"Unfortunately glaciers have always been the simplest routes to the world's highest mountains. When there's no more ice, it becomes much more difficult to move on the unstable rock, plus the fact that the small glacier that's left becomes less stable, with more crevasses. Many of the classic routes in the Canadian Rockies are now too dangerous and they're being abandoned, or climbed with variations. It's a major problem that affects every mountain and every mountaineer. In fact, I'd say it even affects people who don't spend time in the mountains and who think the fate of glaciers doesn't matter."

Going back to Messner's 1978 route, what happened?
"If a glacier shrinks, like the one on Kilimanjaro, it also means there's less meltwater. So downstream you don't see the same ice features as when there was more water. So a massive, beautiful icefall quickly turns into an unstable structure and a grey slippage of unstable rock. Far less water and far more rocks falling: definitely a terrible combination. And the glacier that leads to the base of the climb has almost entirely disappeared, and there are constant rock falls. For me the risks of the climb are too great, but maybe someone will try it...and I wish them all the best!"

Will, are there some routes that are becoming easier due to climate change?
"There are actually some routes that have always been considered extremely dangerous, because they pass under vertical or overhanging seracs which occasionally drop chunks of ice. Now the seracs have melted and it's much safer. So there's a small positive side; some new ice routes can be done with a good safety margin, when forty years ago they would have been certain death." 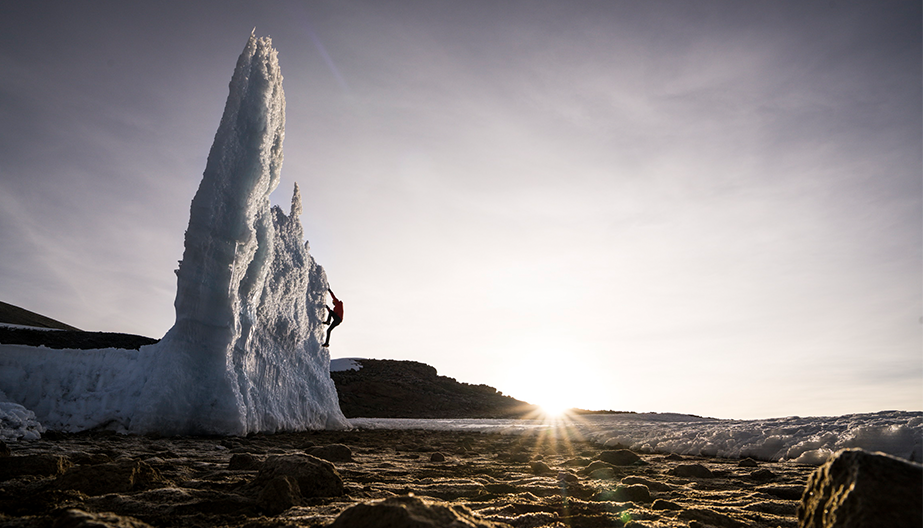 Had you seen the impact of climate change on the world's glaciers before you went to Kilimanjaro?
When I was a boy and my parents took me to Athabasca, the glacier near our home, you only had to walk for a few minutes before reaching the ice. As the years passed - even though I was walking faster - the walk to the ice got longer and longer... these days you can't even see it from the car park! When I started travelling round with maps, I realised most of them put the start of glaciers in the wrong place - often by kilometres, not just a few metres. The change was obvious, but I thought it was a normal thing. We think of mountains and glaciers as certainties, perennial things, but they're not."

Are you planning to visit other fragile glaciers to take photos and raise awareness of the issue?
"I'm taking part in a project that aims to recreate images of how the Canadian mountains used to be. Helping people to see how the glaciers have changed is an important part of my current work and my life. I want to be ready when my kids ask me: "Daddy, what did you do to stop climate change?"

Do you think there's more attention to these issues than when you started climbing?
"These days we're more aware of our impact on the planet, since there's increasing evidence that the situation is serious. Personally, I've had this idea in my head for ten years, although I didn't think too much about it. But now most of my decisions take account of the environmental consequences of my actions. Flying or not flying, which car to use; there are plenty of personal choices that make a difference. In my view the biggest change we can make is to vote for people who take environmental issues seriously, and also take action individually. I don't have the perfect solution for everyone, but as a mountain sports athlete I think it's important to do something concrete. I started by not eating meat during the week (which was actually easier than I thought!), I've chosen a vehicle that uses less fuel, I use renewable energy to heat the house, I try and make things last as long as possible instead of throwing them away, and in general I try and reduce what's known as the carbon footprint. It's basically not so difficult; I've done the calculations and I'm hoping to get my carbon impact to zero by 2022. Air travel is definitely the most difficult thing for me, but I can offset this by investing in specific certified projects that reduce carbon emissions. I'd say this change of lifestyle is very simple in some ways and very complicated in others!"

Mountain activities are increasingly popular. Given the fragility of rocks and glaciers, do you think this could become a problem? What should we do to protect the mountains?
"Outdoor sports are becoming more popular all over the world. Every year the mountains are more crowded and mountain rescue services are busier, as are forest rangers and the staff of natural parks. Obviously, most of the new visitors don't have much mountain experience; at least that's the case here in Canada. We need to invest heavily in education and training. There are many people who see the sign "car park" and think they're going to find rubbish bins, toilets and services. But it's not always like that; on the contrary. The result is rubbish thrown on the ground, people walking off the tracks and no understanding of the consequences of their behaviour. You can't blame people, you just need to explain how to behave and why. As a man and a climber, and also a mountain guide, helping people to behave responsibly and respectfully in the mountains gives me a lot of satisfaction. Behind every problem there's an opportunity: we just need to find it, together."